6 Facts That Importers Must Know About Yiwu Market

If you have ever purchased from China, you must have an idea of Yiwu Market, do you know it deeply? 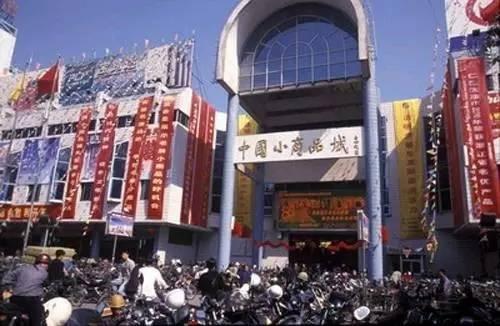 Over the past 20 years, after four relocations and eight expansions, Yiwu Market now has a business area of more than 2.6 million square meters, more than 50000 business places, 200000 employees, and a daily passenger flow of more than 200000 people. In 2013, the total turnover of the market reached 68.302 billion yuan. It was awarded the honorary title of “Quality and Reputation” by the AQSIQ. It is the circulation, R&D, and exhibition center of international small commodities and China’s largest small commodity export base.

Yiwu Market has developed logistics and is one of the three logistics centers in Zhejiang Province. The market has more than 200 combined shipping lines, directly reaching 200 large and medium-sized cities in China; Six special railway baggage and parcel trains; The only civil airport in central Zhejiang has been built; Close to Ningbo and Shanghai ports, the sea transportation is developed, forming a three-dimensional transportation network of highways, railways, and aviation, with a daily cargo throughput of more than 5000 tons. 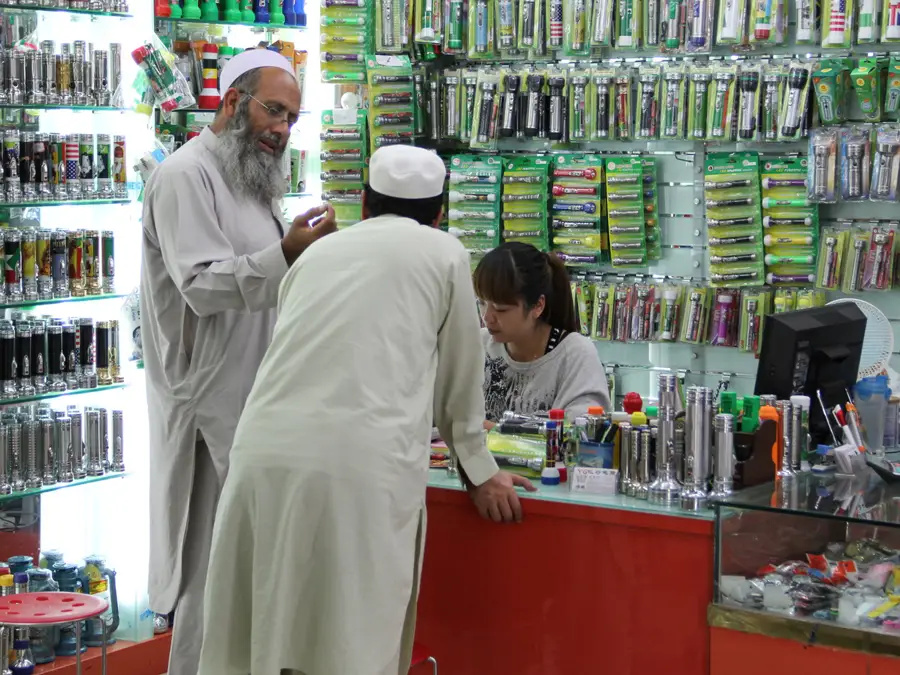 With the developed market chain and the hot trade gathered by thousands of merchants, Yiwu Market has become the source of information to release the price of small commodities and the trend of new products. The market information communication channel is wide, with a variety of professional newspapers and magazines, China Small Commodity Investment Network, and other small commodity market information websites.

Yiwu Market products radiate to more than 212 countries and regions and are sold in Southeast Asia, the Middle East, Europe, and the United States. The annual export volume has reached more than 60% of the total turnover. Among them, the export volume of handicrafts, jewelry, hardware, glasses, and other advantageous industries accounts for more than 70% of the industry’s sales volume; More than 60% of the merchants in the market are engaged in the foreign trade supply business.

Currently, there are more than 8000 foreign businessmen stationed in Yiwu and more than 500 overseas business institutions. In May 2002, Shi Guangsheng, Minister of Foreign Trade and Economic Cooperation of the State, visited Yiwu and wrote an inscription for the market: “Facing the world and serving the whole country”.

Yiwu Market has an advanced and developed market system, and the exhibition industry was launched early with great influence. The market is supported by a large exhibition hall at the international advanced level – Meihu Convention and Exhibition Center of Yiwu Market, with a total floor area of 46000 square meters. It has five exhibition halls, can accommodate 1500 international booths, and is equipped with international conference halls, business centers, coffee bars, etc.

It undertakes more than 20 international and domestic exhibitions of different sizes every year. Since its inception in 1995, the China Small Commodities Expo has gone through ten sessions. Since 2002, the Expo has been upgraded to a national export-oriented exhibition held by the Ministry of Commerce. In 2005, the turnover of China Yiwu International Small Commodities Fair reached 8.098 billion yuan, including 661 million dollars in foreign trade. China Yiwu International Small Commodities Fair has become an important annual exhibition for labor-intensive commodities in China, attracting much attention for its economic, trade, export-oriented, and long-term effectiveness.

With the accelerated transfer of global labor-intensive industries to China, Yiwu’s small commodity wholesale market continues to increase its export-oriented, which has driven the development of small commodity industry clusters. With Yiwu as the center, an international small commodity industry belt has been formed in Jin, Taiwan, Wen, Li, and other regions, which has promoted the cluster development of market industries and further consolidated and expanded the market’s position in the international industrial division of labor. 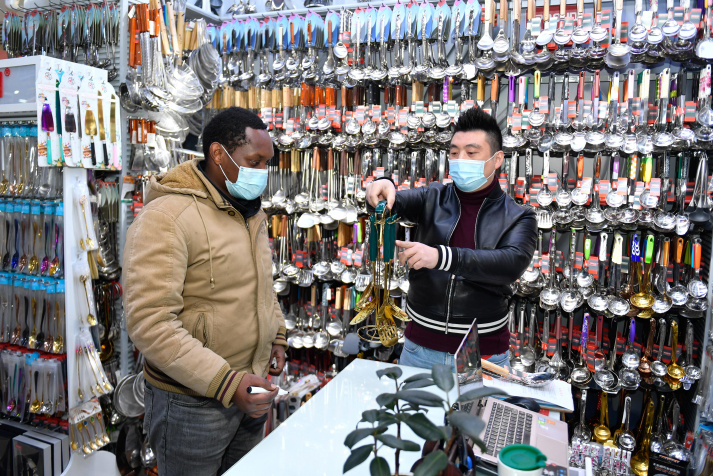 Since 2000, Yiwu Market has taken the opportunity of joining the WTO to establish a new goal of “building the world’s largest supermarket and an international shopping paradise”, actively implementing the international strategy, vigorously developing shopping tourism, and accelerating the construction of market infrastructure. Among them, the first phase of the International Trade City, with a total construction area of 340000 square meters, was opened in October 2002.

Yiwu Customs Office, International Logistics Center, and China Small Commodities Digital City Online Market were put into use successively in 2002; The second phase markets F and G of the International Trade City were opened in October 2004, and the second phase markets H were opened in October 2005; The expansion of the World Trade Center and the Convention and Exhibition Center is under planning, showing a grand international blueprint. 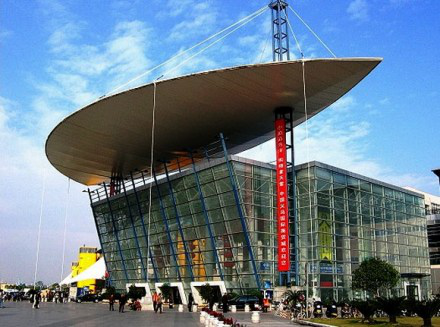 Yiwu Small Commodities Wholesale Market Zone 1 is a modern wholesale market built by China Small Commodities City to meet the needs of market internationalization development, with a total investment of 700 million yuan. It was completed and put into use on September 28, 2002. The market covers an area of 420 mu, with a building area of 340000 square meters. It has five business areas: main market, production enterprise direct marketing center, commodity procurement center, storage center, and catering center. There are more than 9000 businesses and more than 11000 business operators.

Yiwu Small Commodities Wholesale Market Zone 1 is a designated shopping tourism unit designated by Zhejiang Provincial Tourism Administration and was awarded the title of the first “five-star market” in the province by the Provincial Administration of Industry and Commerce. In 2005, the market passed the national “AAAA” tourist attraction review. In 2008, it was awarded the title of “National Credit Supervision Demonstration Market” by the State Administration for Industry and Commerce. 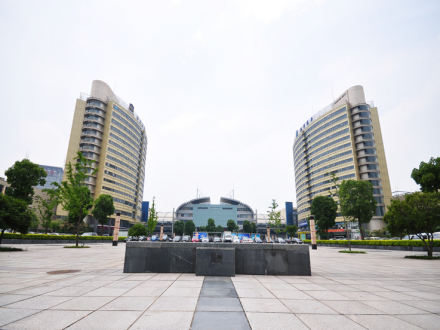 The second district (F/G) market of Yiwu Small Commodities Wholesale Market is the core project of the Yiwu Municipal Party Committee and Government to build an international commercial city and the landmark building of Yiwu market modernization.

The second district (F/G) market of Yiwu Small Commodities Wholesale Market is composed of two main trading areas, F and G, and two connecting bodies. The market opened on October 22, 2004, covering an area of 483 mu, with an investment of about 2 billion yuan, a building area of more than 600000 square meters, more than 8000 businesses, and more than 10000 businesses, mainly engaged in six industries, including hardware, electronics, electrical appliances, luggage, rain gear, clocks, and watches.

The market building is divided into five floors, of which the first to third floors are the main market, the fourth to fifth floors are the direct sales center of production enterprises, the featured boutique shop and the foreign trade procurement service center, and the second and third floors of the central hall are the centralized procurement center and the exhibition hall of the development history of China Small Commodity City. 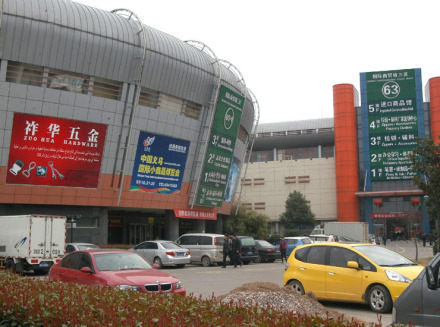 The first floor of Zone 3 (H) of Yiwu Market deals in pen and ink supplies, paper products, and glasses; The second-floor deals with office and school supplies and sports and leisure supplies sports equipment; The third-floor deals in cosmetics, zippers buttons, clothing accessories; The fourth floor is the direct sales center of the production enterprise; The fifth floor is the Import Commodity Pavilion of the International Trade City, which attracts nearly 10000 kinds of commodities from 28 countries and regions, including Italy, Japan, Brazil, Africa, Spain, Malaysia, etc. The basement of No. 3 junction is a leather trading area.

The third area (H) of Yiwu Small Commodities Wholesale Market is equipped with elevated lanes, and cars can reach each floor. Modern logistics, e-commerce, international trade, financial services, catering services, and other functions are complete. It is the most modern and international commodity wholesale trading market in China. 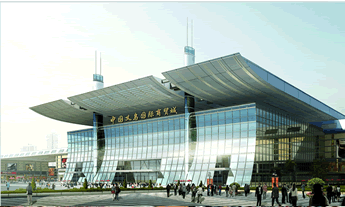 The four districts of Yiwu Small Commodities Wholesale Market have a building area of 1.08 million square meters, more than 16000 business places, more than 19000 business entities, and a total investment of more than 3 billion yuan. The first floor of the market operates socks; The second-floor deals in daily necessities, gloves, hats, needles, and cotton; The third-floor deals in shoes, ribbons, lace, neckties, wool, and towels; The fourth-floor deals in bras, belts, and scarves.

The market is equipped with elevated lanes, and various vehicles can directly reach each floor of the market. The east and west sides of the market are supporting auxiliary rooms, integrating modern logistics, e-commerce, international trade, financial services, catering services, and other market supporting service facilities, as well as 4D cinemas, tourism and shopping, and other special commercial entertainment services.

The four-district market of the International Trade City uses the advanced design concept of the current international large-scale commercial center for reference and integrates multiple high-tech technologies. The market is equipped with advanced high-tech hardware facilities such as central air conditioning, large electronic information screens, broadband network systems, LCD TV systems, solar power generation facilities, rainwater collectors, automatic skylights, and parallel escalators. It is now the most high-tech in China The commodity wholesale market with the highest level of internationalization is also a landmark building for the modernization of the Yiwu market. 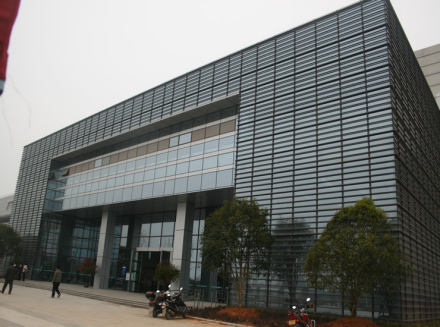 The five district market of the International Trade City is the core project for Yiwu Municipal Party Committee and Government to thoroughly implement the Scientific Outlook on Development and comprehensively promote the construction of Yiwu National Trade City. It is a landmark building for the transformation and upgrading of the Yiwu market.

The market covers an area of 266.2 mu, with a building area of 640000 square meters, and a total investment of 1.42 billion yuan. It has five floors above the ground and two floors below the ground. It has more than 7000 shops, mainly engaged in imported goods, bedding, textiles, knitting raw materials, automotive supplies and accessories, and other industries.

In the next articles we will talk about how to source in the Yiwu Market,if you have interest in Yiwu Market,you are free to contact us on our home page.-Dowell Yiwu Agent. 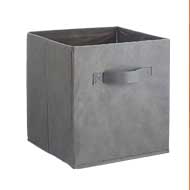 Email us to Get Free Samples!

Why Need a Reliable China Buying Agent in 2023?

How to Find Your Best China Sourcing Agent?

Where to Buy Wholesale Home Décor Products in 2022-2023? Complete Guide

Need Free Samples？Talk To Us！

B****
"Silicone Reusable Food Storage Bags" received an inquiry from

We will mail you best-selling home storage catalogs in 24 hours!

You will get the best selling household product catalogs within 1 hour.